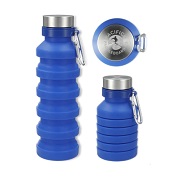 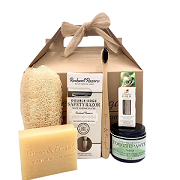 The most effective employee recognition strategies take a customized approach

At Vancouver-based Habanero Consulting Group, employee recognition is made to measure. When an avid cyclist on staff had to spend an extended time working with a client in another city, Habanero considered shipping his bicycle to him. When he declined, they gave him local fitness classes so he could continue training for an upcoming bike ride. And it gave another team member a $1000 cash bonus for a trip home to Trinidad she’d been putting off because of a new home purchase. The company, which creates online portals for its clients’ employees and customers, also has a “kudos” program that allows employees to recognize colleague's achievements via Habanero’s Intranet.

The approach stems from a corporate culture that values each individual, says vice-president Caterina Sanders. “Buying swag and putting people’s names on it can’t hurt, but you’re not getting at the heart of the scenario, which is: How do we help people thrive?”

Individualized recognition is a growing trend in the corporate world, says Eddie Lemoine, an employee engagement expert and speaker with offices in Halifax and Calgary. Employers are increasingly realizing that bottom-line profitability and productivity depend on employee engagement, he says. But today’s workforce is so diverse—crossing multiple generations and cultures—that employee engagement and recognition are most effective when they operate on an individual level. “To be successful as a leader today, you have to ask, ‘How do I manage the individual attributes of each person who is working for me?’” says Lemoine.

Individualization in recognition also stems from a growing movement among companies to treat employees more like customers, says Leandra Harris, a managing director with the Blu Ivy Group, a Toronto-based employer branding and engagement consulting firm. Most organizations know that a one-size-fits-all approach doesn’t work with customers, she says, so why would it with employees?

To be effective, Harris says, recognition programs still need to be aligned with business goals and backed by senior executives. But a more individualized program can begin by recruiting employees to help design the program. At Randstad Canada, the Toronto-based staffing, recruitment and HR services company where Harris previously served as an HR executive, the project team conducted an employee survey. The result was a system that allowed managers to recognize a colleague’s accomplishments in a personal, timely way using the company’s Intranet. One “Randstar” is chosen by senior managers every month and rewarded with a gift card. For recognition of long tenure—a gesture that surveyed employees said they wanted to keep—the recipient’s manager buys a gift that she feels would be personally meaningful. Rewards in the past have included art, kitchen appliances and handbags.

At UK-based InterContinental Hotels Group (IHG), the hospitality giant applied similar principals to its Bravo! program. Operated in partnership with Globoforce, a Massachusetts-based employee recognition firm, the Bravo! portal on the company’s Intranet begins by enabling employees to post a simple “thank you” to a co-worker. Higher levels of Bravo! come with gift cards valued from $25 to $500. Bravo! rewards require managerial approval to ensure they’re deserved.

Since the program was established in November 2011, about 40,000 bravos have been given out globally, says Ly Bui, IHG’s Atlanta-based employer brand delivery manager. The recognition criteria are based on the company’s corporate values, its business strategy and leadership qualities. Bui calls it a “crowd sourcing” approach to recognition given that it is peer-to-peer, line-of-sight and instant. “You still have the momentum of the feelings of the individual,” she says. “You don’t have to wait three days for a manager to recognize something wonderful that someone’s done.”