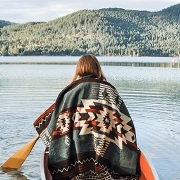 Nothing makes the holidays merrier than recognizing employees and clients for their hard work and loyalty throughout the year. And these companies do it right: They’re among the firms named as 2011's 50 Most Engaged Workplaces in Canada by Achievers (formerly I Love Rewards), the Toronto-based company that builds and manages employee recognition and rewards programs. Applicants for the honour are evaluated on eight elements of employee engagement: communication, leadership, culture, rewards and recognition, professional and personal growth, accountability and performance, vision and values, and corporate social responsibility. Here’s how these companies make the season brighter:

Flight Centre Canada
For the holidays, the Vancouver-based, national travel retailer amps up its monthly “buzz nights,” when employees are formally recognized for special contributions during the previous month. Buzz night awards can be converted to gift cards for everything from department stores and electronics to travel, and to fitness classes provided by Flight Centre’s Healthwise internal wellness consultant. Company spokeswoman Allison Wallace says the holiday celebrations are larger events, with 250 to 300 employees in regions across the country teaming up to enjoy food and drinks in attractive venues like the Vancouver Rowing Club or Toronto’s Carlu. In lieu of gifts, employees contribute to a charity. Last year, $20,000 was raised for the Make-A-Wish Foundation. During the holiday season, Flight Centre also hosts client appreciation nights in Vancouver, Calgary, Edmonton, Toronto and Ottawa. Last year’s event in Vancouver brought together about 300 people at the city’s plush Shangri-La Hotel. They danced the night away to a live R&B band, snacked on appetizers and wine catered by the Shangri-La, and enjoyed prizes such as flights, hotel accommodations and parking vouchers.

Speakers’ Spotlight
Co-founder Martin Perelmuter says the holiday party put on by the Toronto-based speakers’ bureau has become “quite an event within the industry.” Traditionally held at the company’s downtown Toronto office, it attracts 300 to 400 clients, speakers, employees and their spouses, making it one of the industry’s largest seasonal social events and probably the only one that brings together a large number of meeting planners and speakers. It will be catered this year by 10tation Event Catering, says Cindy Sheridan, director of operations/event management. The company also hosts a dinner for the 28 employees in its Toronto, Vancouver and Calgary offices at a variety of restaurants including Alice Fazooli’s. Like many firms, Speakers’ Spotlight has traded gift-giving for charitable giving, with a holiday contribution from employees benefiting Pathways to Education, a charity for at-risk youth. The company closes its doors between Christmas and New Year’s, giving its staff an extra week off. Another nice perk: employees receive a year-end bonus, which is tied in part to individual and team performance.

Workopolis
The Toronto-based career website holds an annual New Year’s party in Toronto in late January or early February to honour its 245 employees across Canada for their dedication over the past year and to set the tone for the year ahead, says Nina Rizzi, manager of employee experience. The company also organizes a conference in Toronto for sales staff around the holidays. Workopolis participates each year in the Hope for Children Foundation’s Adopt-a-Family program, buying holiday gifts for up to 10 less fortunate families, and also makes a donation to a Canadian charity on behalf of its clients. Beneficiaries have included Toronto’s Daily Bread Food Bank, Unity for Autism, Movember and the Spina Bifida & Hydrocephalus Association of Canada.